There is concern in northern Finland about how to transfer the Sámi cultural heritage to younger generations.

Sámi young people are proud of their culture. Many of them live outside the Sámi region, but would want to return to Sápmi to learn traditions. This came up at a conference on Sámi oral traditions in Inari last week.

At the conference, Petra Laiti, the Chair of the Finnish Sámi Youth Organisation, highlighted the challenges of passing down oral traditions from the point of view of the Sámi youth. According to Laiti, the passing down of traditions is a matter of generations.

«There are many kinds of challenges because the circumstances in which each generation has learned traditions has varied,» Laiti says.

Laiti feels that young Sámi are not on an equal footing with each other as concerns learning traditions. Their opportunities are affected by their language skills, their connections to the wider family and where they have gone to school.

«Many things in the environment have an impact on the starting point of the young people.»

The language and the traditions go hand in hand

Petra Laiti has gone to school outside the Sámi region. She says that the challenge of learning traditions has definitely influenced her life, but she believes that her knowledge of the Sámi language and courage to socialize with people have helped her cope with the difficulties. In her opinion, we should always also talk about the preservation and revitalization of the language when we talk about reviving traditions.

«Learning traditions through the language helps you understand the holistic world-view and its cultural meaning as well as the context behind our heritage.»

Petra Laiti feels that oral traditions are all and everything for the young: when you learn traditions, you basically also get something that belongs to no-one else but you and your nation.

Not easy to move back to Sápmi

According to Laiti, young people have a fresh way of dealing with identity, and they are proud of their culture in a new way. She feels that Sámi society should improve their way of receiving the Sámi young people who return home.

«The truth is that it’s not always so easy to just move back to Sápmi, but this doesn’t have an influence on whether the young people want to learn their native language and culture. I wish that there was more discussion on how to enable young people to come back home and their own culture.» 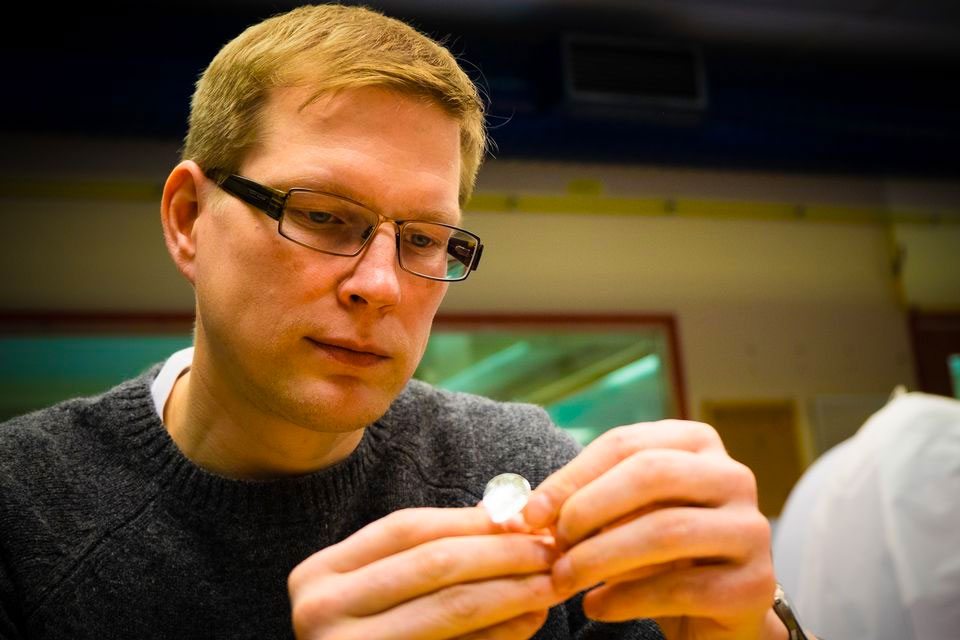 The dream of a teacher: “Sámi issues in Sámi to Sámi”

Samuel Valkeapää, the teacher of silverwork at the Sámi Education Institute in Inari, would be pleased if more young Sámi came to Sápmi to study in the Sámi area too.

«My goal is to be able to teach in the Sámi language, but as a majority of my students are Finnish-speaking, it’s not so easy to attain this goal.»

Valkeapää’s big dream is to teach Sámi contents in the Sámi language so that the teaching would strengthen both himself as a Sámi in the Sámi community and the students.

«Sámi issues in Sámi to Sámi, Valkeapää summarizes his thoughts.»

Research Fellow Klemetti Näkkäläjärvi (Juvvá Lemet) from the University of Lapland is of the opinion that it is the responsibility of the Sámi themselves to take care of their cultural heritage and its transfer to the next generations. Therefore, Näkkäläjärvi dealt with the protection of cultural heritage in his speech in Inari last week. According to him, the responsibility for this should not be yielded to the States or some other agents.

According to Näkkäläjärvi, it is also the responsibility of the Sámi Parliaments to make sure that the cultural heritage is passed down to the younger generations.

«It’s a challenge, because the young Sámi and the older generation don’t live in the same area now. It’s the task of our representative bodies to try to figure out how the young Sámi can also embrace our cultural heritage even if they live outside the Sámi region,» Klemetti Näkkäläjärvi says.

Translation from Sámi to English by Kaija Anttonen

This story is originally posted by Yle Sapmi and re-published as part of Eyes on Barents, a collaborative partnership between news organizations and bloggers in the Barents region