On the Verge of a Plague

On the Yamal peninsula, the reindeer are dying again and the mortality rate this time is greater than during the anthrax epidemic two years ago.

The corpses are lying all over the tundra. According to estimates from local Nenets reindeer herders, about 3 thousand have already fallen. This would be more than in the summer of 2016 when approximately 2500 animals died from an outbreak of anthrax. The most likely cause is the lack of food after the prolonged winter. There was long a 10 centimeter crust of ice preventing the animals from getting to the moss trapped underneath.

People are writing in social networks that some tundra families with herds of 400-700 deer have been left with only 5 animals. And no one is helping dispose of rotting corpses scattered on the tundra.

Yamal and Ural regional reindeer herders are calling this an emergency situation, but so far they have got no response from the officials. They have been advised to wait for the thaw which should arrive in (hopefully) a couple of weeks and when the snow starts to melt, the grazing moss will appear.

«Our much-beloved officials should know that some people have only 5 reindeer left. Their inaction will never be forgiven by the reindeer herders. After all, we are citizens of the Russian Federation and just like any other citizens of this country, we have the right to state aid,» a comment from the “Voice of the Tundra” social media group.

Yeiko Serotetto is the group’s creator and a Yamal activist and makes it clear that people can speak without fear of censorship. Two weeks ago, he sent an open letter to Governor Kobylkin demanding that the government declare a state of emergency. Nenets reindeer herders require immediate assistance transporting the herds to summer pastures and with the removal of the corpses, which will become a source of new infections within the month. Serotetto has not yet received a serious reply and in the meantime, Mr. Kobylkin is no longer even in Yamal, having taken over as the head of the federal minister of natural resources of and ecology.

Andrei Listishenko, the chief veterinarian of the Yamal-Nenets Autonomous District, has also left along with him.

Mr. Listishenko, commenting on the case of the dying reindeer, compared them to pigs who also periodically die on farms. The reindeer herders were indignant pointing out that pigs do not die from ice.

On the Yamal Peninsula, the reindeer herds are more than just farm animals. They are a symbol of tundra life and a source of food, clothing, transport, housing and the main source of income. For the nomadic Nenets people, to lose a herd means to die. 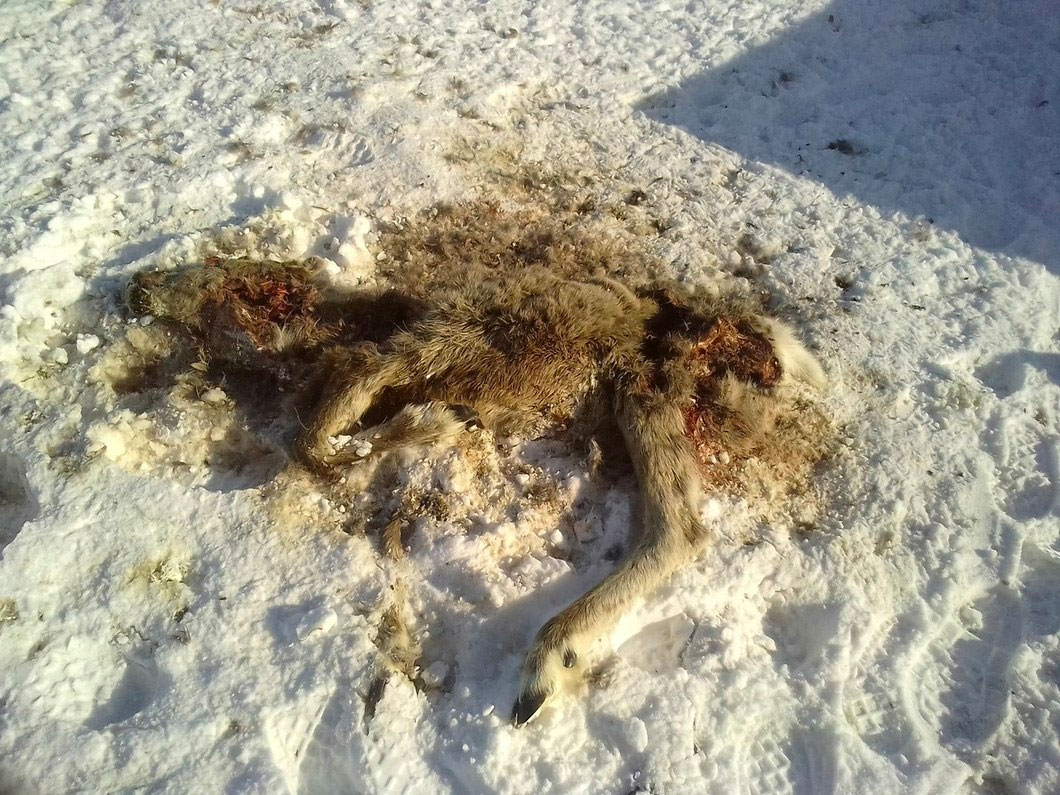 And with the lack of official information, rumors as to the real cause of the disaster have begun appearing. Has this curse been caused by the anthrax vaccinations they introduced on the peninsula after the epidemic? Perhaps the weakened animals had not been able to tolerate the vaccination. An even more conspiratorial version of events points to the possibility that the reindeer had actually been shot with poison to reduce the number of animals. It has long been known that the Yamal is overgrazed and Mr. Kobylkin had promised to somehow cut back the herd from more than 700 thousand, the largest in the world, to 110 thousand.

And among the Nenets, the most popular “conspiracy theory” is that by depleting the herd, the indigenous people will be forced to leave and grazing pastures can be used exclusively for the extraction of hydrocarbons.

At the same time, even the reindeer herders who still have some of their herds left can not migrate across the tundra because of loss of many of their riding animals. Without these animals, the herds cannot be driven to the summer pastures. If they do not migrate, the food base will not recover until autumn and then when next winter comes, everyone will die.

Yeiko Serotetto has already sent another appeal to the Ministry of Natural Resources. The main request is to help dispose of the reindeer remains in order to prevent an epidemic. In response to inquiries, the district veterinary service has told journalists that the tundra workers themselves have to deal with this problem but the veterinarians have promised to supervise. This can also be taken as meaning  that if nomads do not destroy corpses, they can be fined. But it is also true that cleaning up after this plague is practically impossible as there are no crematoria or animal cemeteries in the plagued region.

Any official comments on the situation have been extremely scarce but after a long silence, the veterinarians did confirm that a clinical examination of the animal remains in the Seyakhin and Tambey tundra has shown no signs of infectious diseases.

Biomaterial is sent to experts in Salekhard and scientists at the Salekhard Scientific Center for Arctic Studies have long spoken about the impoverishment of tundra vegetation. 6% of the Yamal tundra has literally been turned into desert. Reindeer herders say however that there would be enough food if the fuel and energy sector was not also occupying the pasture land. Drilling rigs and pipelines have been installed on the Nenets’ ancestral lands and this process has disturbed the reindeers’ migratory routs. It has also killed the fish. And where there are no animals, the earth turns into a desert.

In the summer of 2014, many Yamal reindeer also died from a lack of food. At that time, the loss was about 60 thousand.

Translation from Russian by Adam Goodman

This story is originally posted by the Novaya Gazeta and re-published as part of Eyes on Barents, a collaborative partnership between news organizations and bloggers in the Barents region