«What we need is more cross-border journalism» 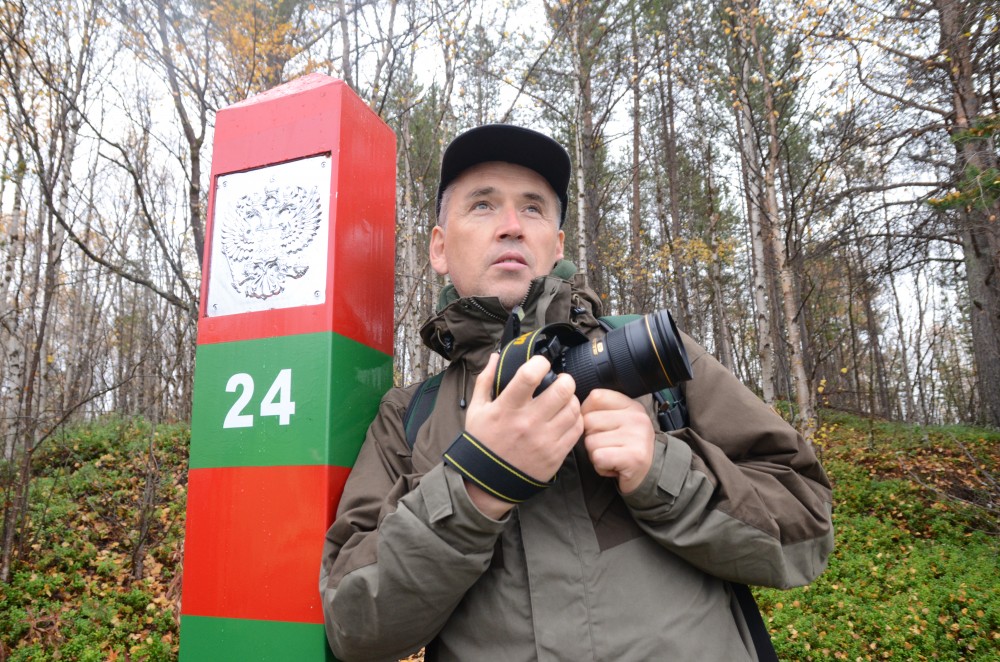 Thomas Nilsen on the border to Russia. Photo: Atle Staalesen

His newspaper is banned by Moscow, but Thomas Nilsen and the Barents Observer continue reporting in Russian.

By Atle Staalesen, The Barents Observer.

His online newspaper was this week blocked by Roskomnadzor, the state media authority, and Russian readers now need to apply VPNs to read the stories.

It is a major blow to cross-border journalism in the region, Nilsen underlines.

«With the dramatical changes we see in the Arctic, the rapid climate change and serious environmental problems, it is more important than ever to have newspapers on site that independently can report from the region.»

«And they should publish also in Russian,» he adds.

The online newspaper based in Kirkenes, Norway, has delivered daily news in both English and Russian since 2003. Thousands of stories about regional developments in the North have been made available to readers on both the Nordic and Russian sides of the border, as well as to broad international audiences.

That bilingual reporting on 28th January came under attack as Roskomnadzor in a letter demanded the removal of a story about Dan Eriksson, a homosexual Sami man from northern Sweden. The story is violating Russian law, Roskomnadzor argues and refers to Eriksson’s two suicide attempts.

Dan Eriksson lived through years of mental distress before he came to terms with his sexuality. He is today a happy man who works with mental health among young gay men.

The Barents Observer refused to comply and since Tuesday this week the website has been blocked on Russian territory.

Thomas Nilsen agrees that there are cultural and linguistic differences between the countries in the north and that this is affecting regional security, society, ecology and businesses.

Independent cross-border journalism is good for cooperation, he underlines.

«A very good way to avoid misunderstandings and conflicts is to support cross-border bi-lingual newspapers like the Barents Observer,» he says.

«What Roskomnadzor does by censoring and blocking the entire Barents Observer from our readers in Russia is the opposite and is not good for the high north, it is not good for Russia itself either.»

«With Roskomnadzor as a tool, it seems like Kremlin is isolating itself from the surrounding world.»

Nilsen makes clear that it is out of the question to halt publishing in Russian.

He does not exclude that the Barents Observer will take the case to court. But help is needed, he underlines.

«We would very much like to challenge Roskomnadzor in court, but we are a small newsroom with very little cash. We are now looking into options on how to bring this case to justice in a Russian court room.»

This story  is originally posted by The Barents Observer, February 20, and re-published as part of Eyes on Barents, a collaborative partnership between news organizations and bloggers in the Barents region.

Manage Cookie Consent
To provide the best experiences, we use technologies like cookies to store and/or access device information. Consenting to these technologies will allow us to process data such as browsing behavior or unique IDs on this site. Not consenting or withdrawing consent, may adversely affect certain features and functions.
Manage options Manage services Manage vendors Read more about these purposes
View preferences
{title} {title} {title}